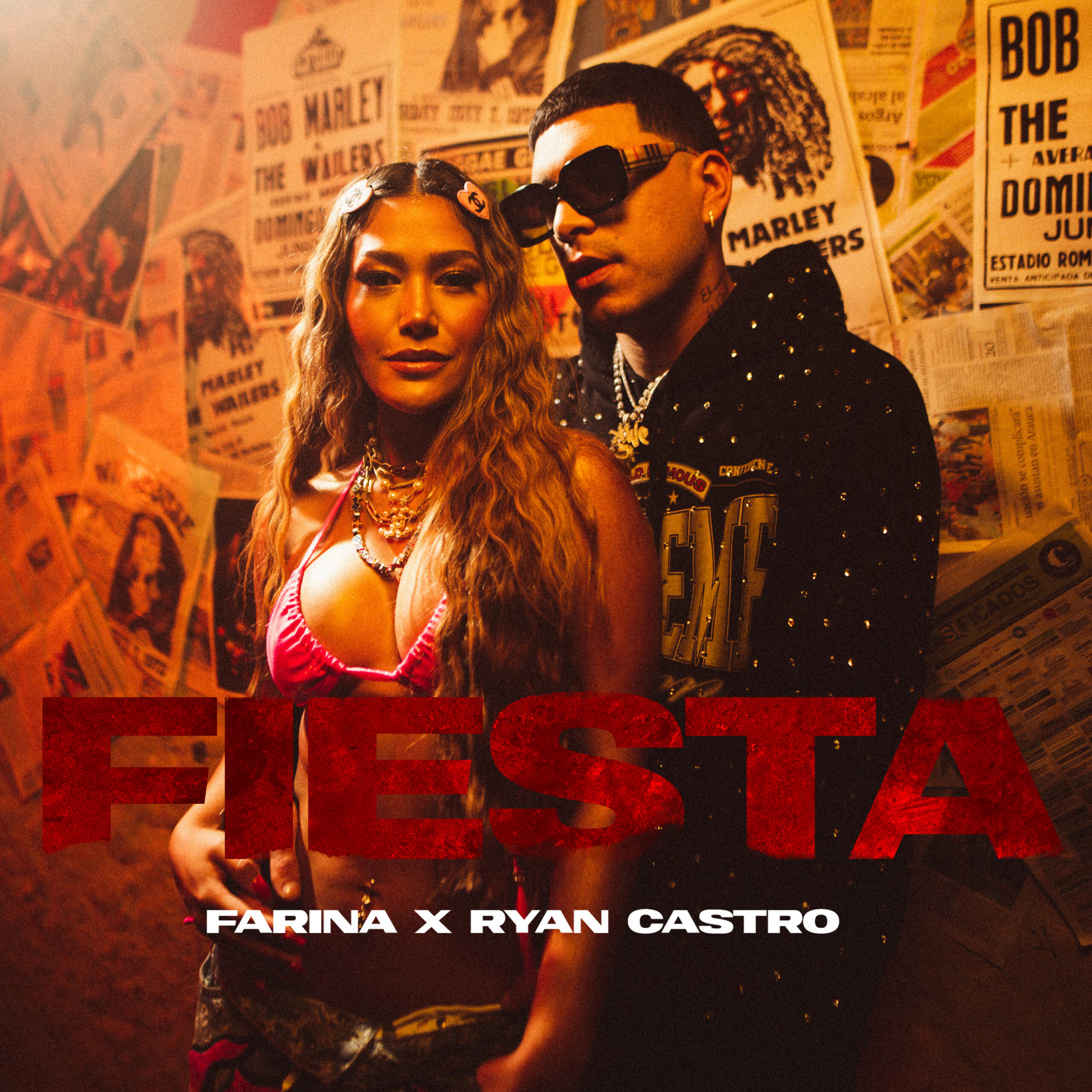 Colombian-born superstar, Farina, releases her latest single “Fiesta” featuring Ryan Castro. An unstoppable force in Latin culture, Farina is showcasing her endless talents as her upcoming projects span music, film, and live performances. Fun and boisterous, “Fiesta” is an energetic dancehall track that appeals to the party animal in all of us. Farina’s electric new single featuring Ryan Castro is now available on all streaming platforms. The official music video YOUTUBE. “Fiesta” is the latest party anthem from Farina, which also features a fellow emerging Colombian-star, Ryan Castro. With an infectious beat and provocative lyrics, “Fiesta” is sure to get people dancing. The official music video is directed by Nael Y Justin and follows Farina and Ryan Castro at a lively nightclub during a night of dancing and partying. With a muted color palette reminiscent of inner-city nightclubs, the music video has an element of danger, which enhances the visual storytelling. The love and passion that it took to create this song is on full display in the official music video.

“I feel tremendously blessed for all of the exciting career opportunities this year has afforded me and will continue to bring. Working with Ryan Castro was more than I could have hoped for. We’re both proud Colombians and we both shared the same vision for the song,” said Farina.

Her new film Flow Calle, which she plays the lead role Queen Yizelle, premiered in the Caribbean last month, and will hit theaters on May 19 in the United States. The title song from the movie soundtrack, reached #1 on the Dominican Republic national and urban airplay charts. In addition, El Alfa recently released his single “Bendecido” featuring Farina on his much-anticipated album. The video upon release became a viral hit instantly trending at #1 in the Dominican Republic showcasing her versatility as one of the ‘reinas’ of Latin music.