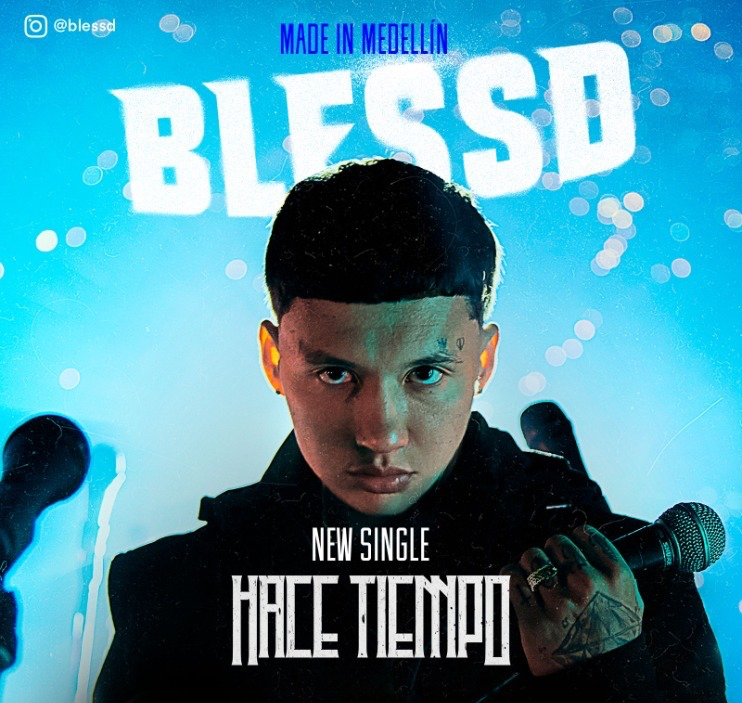 BIESSO., AN ARTIST WHO MAXES SONGS THAT TURN INTO ANTHENS! HIS WORK, DEDICATION AND INITIATIVE TO MAKE MUSIC HAVE POSITIONED HIM IN THE GENAE AS THE NEW LATIN URBAN SUPERSTAR.

Blessd is a new latin urban artist based in Medellin that has the streets in Colombia and other parts of the world buzzing with his sound. Following the great success and release of his collaboration with Maluma, he recently released his newest work. “Hace Tiempo” has only recently been released and has already positioned itself to be another anthem on his catalog, with over one million organic views on the video in just over 24hrs. Accompanied by the unmatched production sound of The Rudeboyz. The music video was conceptualized with a message of hope. Shot on a helipad in the middle of Medellin, an impressive light show and microphone set up are a representation of the hope message that Bless intends to send to the people and neighborhoods that molded him as an artist and as a person.