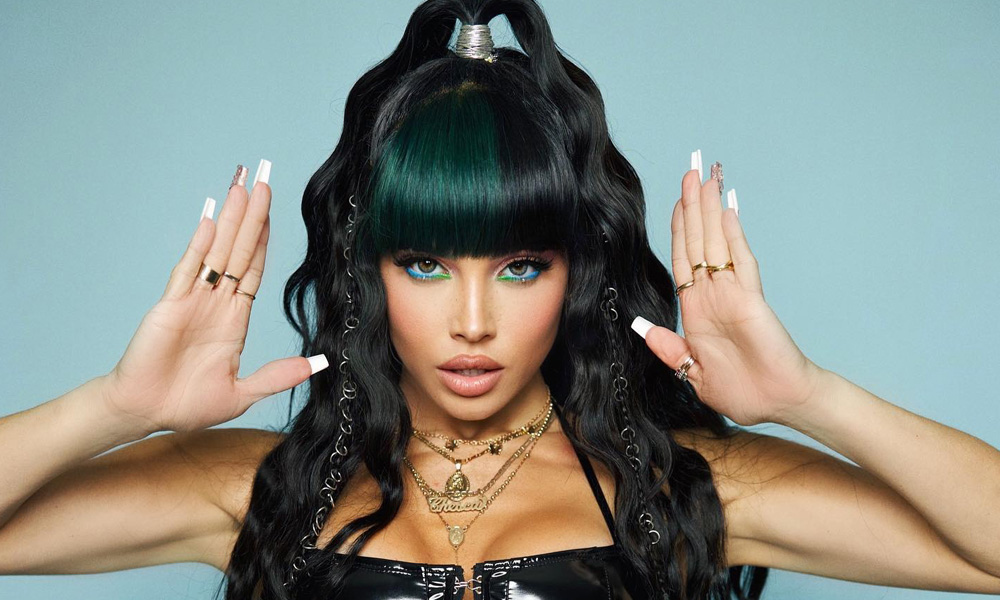 CHESCA was born and raised in Puerto Rico and grew up around a very musically driven family. She released her first Spanish single, “Azucar,” in October 2018 – an urban pop record with the combination of Reggaeton and Latin sounds. Produced by Grammy-winning producer Jimmy Joker and written by Grammy winners AJ Janussi, Bilal The Chef, I AM Chino, and Jorge Gomez. Along with her music video, this song made a mark in the industry generating over 4M views as an independent release. In addition, the track was placed on a scene for the movie “What Men Want” and made it to the Top 10 Radio Airplay Charts in Puerto Rico. In 2020, CHESCA was featured in the #1 Hit on Latin radio airplay “Subelo” (Further Up) with Static & Ben El and Pitbull. Her debut single, “Deja De Hablar,” signed under Saban Music Group (SMG), featured top Latin urban artist- Jon Z. In May 2020, CHESCA dropped “Hijo De Uff,” which features mega influencer and artist Sebas. The video has over 2.8M views. In September 2020, CHESCA kept up her momentum with the provocative Latin trap anthem, “Cara de Buena,” featuring ARCANGEL with over 10M views on YouTube.

CHESCA’s “Te Quiero Baby (I Love You, Baby)” featuring Pitbull and Frankie Valli has gained over 19M views and is now an RIAA Certified Gold single. The Spanish language version/interpolation of the iconic 1967 hit by Valli’s “Can’t Take My Eyes Off You” has resonated with audiences everywhere, reaching #1 Most Added at Radio, #1 Latin overall, #1 Latin Pop, and #1 Latin Rhythm in the charts. In addition, it earned her an invitation to the 2020 Latin Billboard Music Awards, where she performed the hit single and scored Frankie Valli, his first appearance on Billboard’s Hot Latin Songs charts arriving at No. 40 on the chart ending on 10/31/2020.

Author Jochy VasquezPosted on October 7, 2021October 7, 2021
BIESSO., AN ARTIST WHO MAXES SONGS THAT TURN INTO ANTHENS! HIS WORK, DEDICATION AND INITIATIVE TO MAKE MUSIC HAVE POSITIONED HIM IN THE GENAE...
Read More