Spanish sensation, singer, songwriter and composer, Abhir Hathi does not stop surprising us, this time he is back with an all new single “Mil Dias” featuring rapper Delaossa and producer Kiddo Manteca accompanied by a movie quality video which debuted today. “Mil Dias” is the fourth single off of Abhir’s upcoming album “Lazos y Nudos.” “Mil Dias” takes us on a sensual journey about the dynamics of romantic relationships, making us think deeper about what it means to love and to feel intensely about someone. Abhir’s seductive voice paired with Delaossa’s captivating bars pair perfectly with Kiddo Manteca’s instrumentals, crafting a perfect track that emits the feeling of “Mil Dias (a thousand days).”

Written by Abhir himself, the song was produced by KIDDO, Choclock, Blurred Mirror, who have been creating with Abhir for a long time, and helped bring the song to life. In the video directed by Rodrigo de Pablo and Ale Garen, and shot in the beautiful locations of Sierra de Guadarrama, viewers see the beautiful lyrics projected onto the screen as Abhir and Delaossa paint the journey of love and romance, but also the rollercoaster of what it’s like to be hopelessly in love.

Most recently, Abhir has released three singles from his upcoming album “Lazos y Nudos,” including: ”Reflejos,” which garnered massive attention from the fans; ”Perros” one of his most honest tracks which showcased a deeper side of him and portrayed the importance of friends, family and fans; and “Rodeos” which debuted along with a stunning music video.

In 2019 Abhir released his debut EP “Marea Baja” featuring songs like “Moneyman” and “Pop U.” Abhir also composes for other artists such as Chocklock, Recycled J, Cruz Cafune, and more. 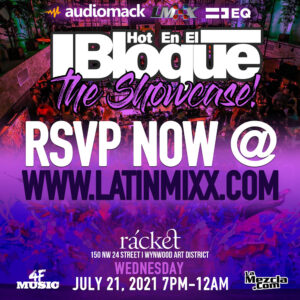